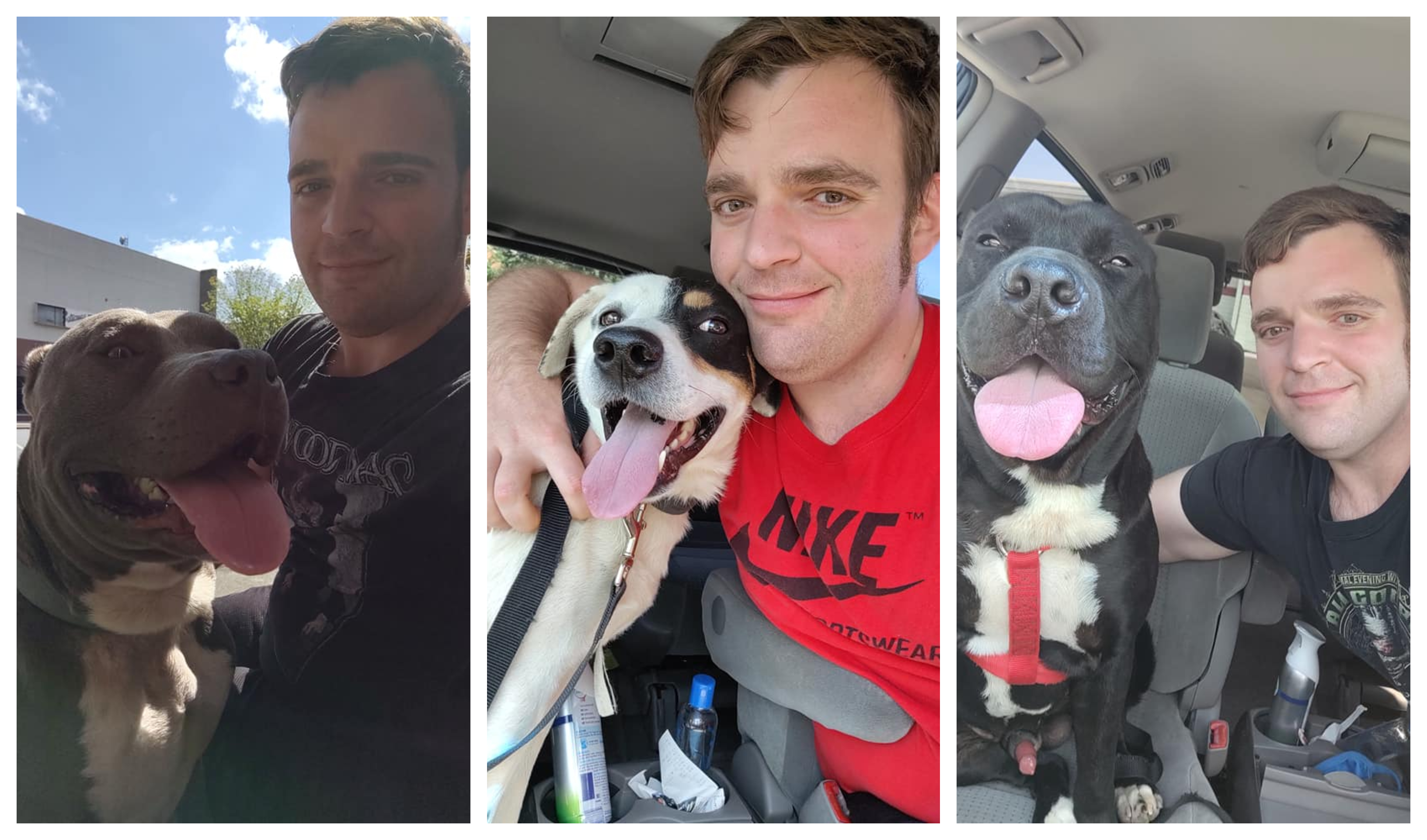 Dogs are better people than people.

If you have a dog at home, I doubt you disagree.

Canines are far more agreeable than their human counterparts.

They never argue about politics, religion, and where to eat dinner.

They're always content regardless of the activity or situation involved.

Comparatively, we suck. To suck less, embody these seven virtues of dogs.

1. Dogs are the most loyal creatures alive.

A good dog will never betray you.

Sure, they might let a burglar steal your TV in exchange for a cheeseburger.

But they'd never ghost you without having the decency to talk or write a heartfelt goodbye note.

To a dog, your relationship is 'til death do us part, which is quickly becoming a meaningless slogan to humans.

Losing a dog is the worst. But don't despair. Focus on all the great memories you'll create before they cross the rainbow bridge.

2. Dogs expect the best from their loved ones.

A dog will never stop believing in you.

Have you ever seen a homeless person with a dog?

It's quite heartwarming. The dog often helps them cope.

Dogs have no concept of jobs, so there's not any negativity.

As long as they're getting food and exercise, they're perfectly fine.

I bring this up, because it highlights how dogs see all creatures as equals.*

A millionaire's dog thinks no differently about his or her owner than a homeless person's.

In the dog's eyes, both humans are valued on an equal level, regardless of their material success.

*With an exception for that cat, squirrel, rabbit, duck, or woodland critter that's constantly asking for it...

3. Dogs accept people regardless of their beliefs.

A dog doesn't give a crap about your religion or political party.

They won't leave a friend or partner because they voted for the "wrong" candidate.

And they sure as heck don't get in screaming matches with total strangers on the Internet.

Even if they could talk, I bet dogs would refuse to engage, and simply ask: "Why are you so mad all the time?"

4. Dogs can turn any moment into an amusing one.

I love pictures of dogs that are taken in a beautiful environment.

It's even better when a dog is squatting to drop a deuce in the background.

No matter how difficult your day was, no tragedy is so bad a dog can't make you laugh.

Just ask people with "vicious" pit bulls who refuse to go anywhere without their favorite stuffed animal or squeaky toy.

Or folks with a glass door the dog forgets is a door (and then they run into the door) when that crazy critter comes back for more trouble.

5. Dogs will never stop being excited to see you return.

Dogs have NO concept of time whatsoever.

They treat every amount of time in the very same fashion.

There is no difference in their enthusiasm, regardless of how long you were gone.

6. Dogs shrug off bad days like they didn't even happen.

Their life could have been a living hell... doesn't matter.

Some of the most friendly dogs I've met were also the most neglected.

They didn't let poor treatment from the past change who they are in the present.

Dogs don't carry stress, regret, trauma, shame, or any of the mental states that wreck us.

Imagine how much lighter your life would feel without the weight of those tremendous burdens.

It's not as easy as "thinking like a dog," but I can confirm spending time with them definitely helps.

You took a nature walk.

...but did you really savor it?

Were you looking at the sunset?

Or were you staring at your phone?

They're always absorbed in sensory information.

They can hear sounds from FAR away (eighty feet!).

Their sense of smell is 100,000 times stronger than ours.

If you don't stop to let your dog sniff, you're a stinking jerk.

Let your best boy or girl play detective and investigate the scene.

Frankly, you'd be infinitely happier if you adopted the exact same habit.

Dogs are better people than people... do you agree?

If so, share this article on Facebook to drown out some of the political nonsense we know will dominate the feed.

If you're new, click here to read a personal introduction from Daniel Wallen and discover why he's addicted to dogs.